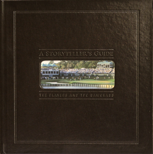 A Storyteller's Guide - THE PLAYERS and TPC Sawgrass

Since becoming the permanent home of THE PLAYERS Championship in 1982, TPC Sawgrass has mirrored the tournament's dynamic growth in terms of international reputation and stature.

THE PLAYERS Stadium Course has blossomed from controversy in its early days to being recognized as one of the truly great tests in championship golf. It has endured the test of time in a strategic and competitive sense, a true testament to the design of Pete Dye. From Jerry Pate's baptism of the course in 1982 - when he followed his victory by tossing then Commissioner Deane Beman and Dye into the lake at No. 18 before diving in himself - to Stephen Ames' dominating victory in 2006, it has given us a quarter of a century of great finishes and memorable moments.

The 64-page book highlights some of the most memorable moments over the first 25 years of THE PLAYERS at TPC Sawgrass. While there is a caveat of knowing many more are sure to come, this publication was timely; not only because of the quarter century history, but also because of the exciting changes TPC Sawgrass had undergone over the prior year with the magnificent new clubhouse and course renovations that set the stage for the next 25 years and beyond.